Language solutions for a worldwide leading supplier of pumps and valves

The KSB Group is a leading supplier of pumps, valves that are used in a large variety of applications ranging from building services, industry and water transport to wastewater treatment and power plant processes.

The company was founded in Frankenthal, Germany, in 1871 by Johannes Klein, a mechanical Engineering. Today has sales and marketing organizations, manufacturing facilities and service operations on all continents and more than 100 countries.

Those two language combinations account for around 80% of translation work Yellow Hub provides to KSB, but we also offer language services for the following language pairs:

It all started back in 2014 when KSB’s Italian subsidiary reached out to Yellow Hub to request language courses thanks to funds they had been granted by Fondimpresa and Fondirigenti — these programs allow allocating up to 30% of what the company pays for pension in order to create funds which can be used for things such as employee training.

From language courses to language services

As the relationship between the companies grew, so did KSB’s needs for other language services. In 2017, we began to support their German headquarters with in-market revisions and proofreading. They commissioned work for 90,000 words yearly, mainly of translations that had been carried out by their team.

But like every major corporation, KSB has security standards that need to be followed. That is why our team was trusted with access to KSB’s translation management system (SDL TMS) and the revisions done on SDL Trados online licenses.

In order to organise work effectively, we had to differentiate new translations, which are the ones that require revision, from those coming from the translation memory. New translations are thus highlighted in black directly in the SDL Trados platform, so our linguists can quickly identify them.

In-country revision is regularly done by technical experts who are are also trained in linguistics or technical localization. The Yellow Hub team needs to carefully assess how to process changes and be ready to further discuss with KSB subject matter experts whenever necessary.

Translations for KSB are usually highly technical and demand teams of senior technical translators, as well as developing and maintaining terminology databases.

Working with big corporations requires stepping up your game when it comes to security standards. When we started doing revision work for KSB’s German headquarters, our translators had to follow a very specific workflow in order to connect to their corporate network — It included accessing a VPN and entering three different passwords. As a language service provider, this means you need to regularly train your staff and foster best practices when it comes to IT security.

How can we help 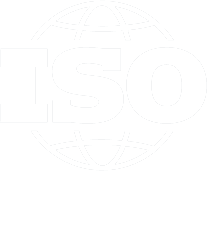 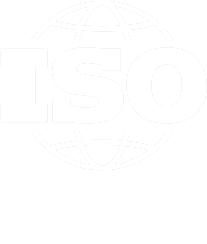 An Interview with KSB Group

Discover more about our partnership with KSB Group in this exclusive interview with Riccardo Vincenti, General Manager of KSB Group Italia.